Workshop "Salmonella - a complex topic for human and veterinary medicine"

On 2 March 2016, the workshop "Salmonella - a complex topic in human and veterinary medicine" took place in Berlin with representatives from science and the Public Veterinary and Health Service (ÖGD). The event was initiated by the Academy for Public Health Düsseldorf and the National Research Platform for Zoonoses in order to enter into a dialogue between research and practice on the basis of a concrete topic.

With almost 60 participants the event was completely booked out. The composition of the group of participants from various institutes and offices led to detailed discussions after each lecture. The workshop provided a framework for the exchange of views, perceptions, interpretations and approaches to the salmonella issue between different scientific fields and the Austrian Society of Public Health. It was very enriching to compare data from human and veterinary medicine on the incidence of salmonellosis, to consider control strategies and reporting behaviour in data interpretation and to see the great differences - including legislative differences - in the handling of salmonellosis in the various farm animal species and the effect on salmonellosis in humans.

Dr. Karsten Tedin from the Department of Veterinary Medicine of Freie Universität Berlin gave an overview of the classification of salmonella, its host specificity and some pathogenicity mechanisms in his introductory lecture and explained the almost fascinating adaptability of salmonella to different environmental conditions and hosts. He thus laid an important foundation for understanding the widespread occurrence of Salmonella in humans and in various animal species.

Prof. Dr. Wolfgang Rabsch from the Robert Koch Institute, Wernigerode, Germany, gave a vivid account of the risk of salmonella infection posed by reptiles. Although the proportion of salmonellosis in humans caused by reptile contact is very low, this scenario affects a particularly susceptible and sensitive population group, namely small children. As the diseases can be serious, he advises keeping small children away from reptiles and, if reptiles and small children live together in the same household, to strictly observe hygiene rules to protect the children from infection.
Dr. Frank Mutschmann, a veterinarian specializing in reptiles, presented various so-called exotic pets - from reptiles and amphibians to arachnids and insects - and the potential diseases and dangers they pose. He also pointed out that he, as part of the Division of Ornamental, Zoo and Wild Birds, Reptiles, Amphibians and Fish of the German Veterinary Society, together with the Robert Koch Institute, has published a statement on reptiles and salmonella to provide guidance to keepers and health authorities.

Dr. Christina Frank from the Robert Koch Institute in Berlin then presented the current case numbers and the development of salmonellosis in humans. Fortunately, a significant decrease in salmonellosis is becoming apparent. Ms. Frank also reported on numerous outbreak investigations in which the respective sources of infection could be identified. She recommended the Linelist tool, which is available on the RKI website (www.rki.de/linelisttool), as a concrete tool for outbreak investigations. Ms Frank also explained that human-to-human transmission plays only a minor role in the spread of salmonella, which is relevant for epidemiology and for the management of the sick and convalescents. After the lecture, the interpretation of the presented case numbers was intensively discussed between the participants. On the one hand, a changed examination behaviour in diarrhoeal diseases in health care seems to lead to the decreasing case numbers. On the other hand, a success in salmonella control in veterinary medicine is a significant factor for the verifiable decrease of salmonellosis in the population. This again shows the close connection between animal and human health, in the sense of the One Health idea.

Dr. Methner from the Friedrich-Loeffler-Institute was dedicated to veterinary medicine. He used his lecture time to compare the different legally prescribed procedures for salmonellosis in different livestock species - cattle, pigs, poultry - and to present the control programmes. He also pointed out that, especially in pig farming, fattening farms had also introduced self-monitoring, which supplemented the legal framework. The control of salmonella in poultry was a particular challenge, since in addition to horizontal transmission, vertical transmission via the egg to the next generation plays an important role. Overall, however, major successes in controlling salmonella have been achieved in the poultry sector in recent years.
In the concluding presentation, Dr. Alt from the Federal Institute for Risk Assessment (BfR) presented the current status of the detection of Salmonella in food. At the BfR, food samples have been examined for salmonella in the context of EU-wide monitoring since 2009 and the detection of salmonella has been compared with the specified control targets. The results are included in EU reports. Mrs. Alt was able to show that the control targets set for poultry for 2014 have been achieved. There is still room for improvement in the pig sector. One aspect of this could be that only fattening pigs have been tested so far, but not parent animals and piglets.

At the end of the event, which had somewhat stretched the time frame, partly due to the lively discussions after the lectures, it was discussed which topics showed particular need for research and networking. It was suggested that interdisciplinary communication should be strengthened and that young people in human and veterinary medicine education should be introduced to and inspired by multidisciplinary work, which is essential for successful control of salmonellosis. In addition, joint networks consisting of representatives from research, authorities and industry were encouraged. If possible, farmers and the meat industry should also be involved.

Program of the Event

The slides of the presentations were kindly provided by the speakers for reference. Further use is not permitted. If you have any questions regarding the slides, please contact the respective speaker.

"Salmonella - How contaminated are foods? What is being done about it??"
Dr. Katja Alt, Division 43 Epidemiology, Zoonoses and Antibiotic Resistance, Bundesinstitut für Risikobewertung

Impressions from the workshop: 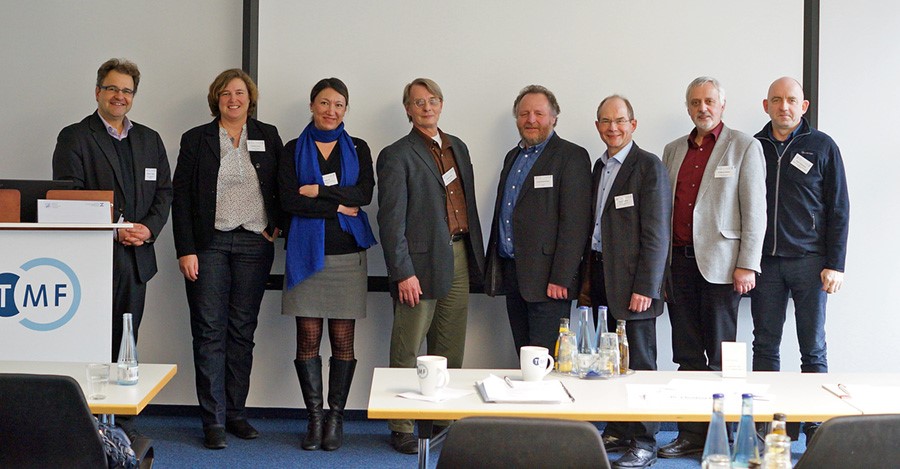 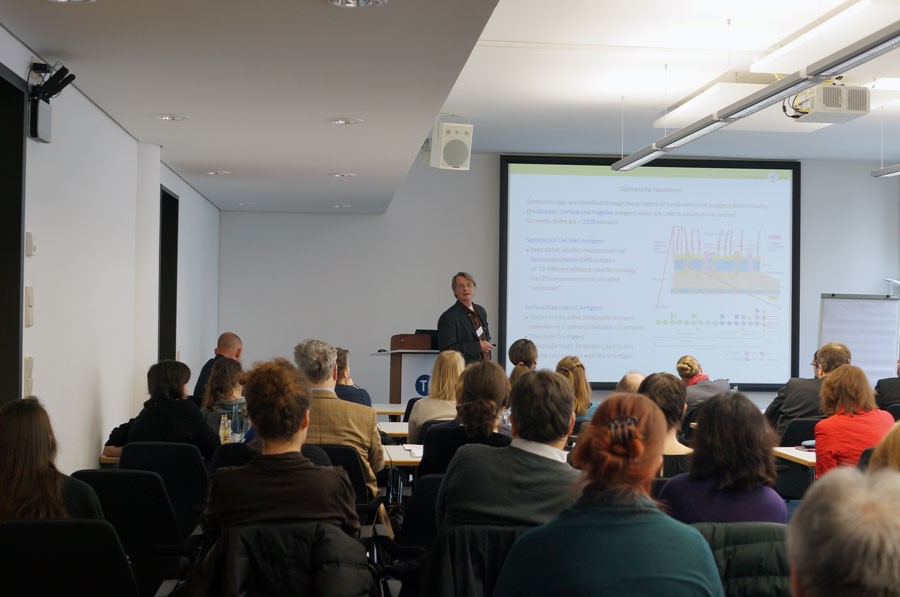 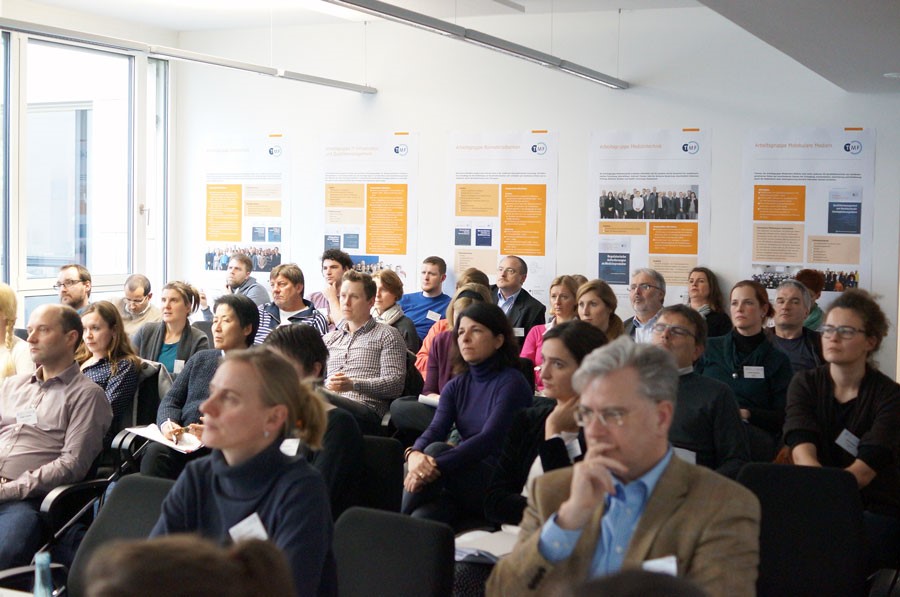 Most people try to avoid mosquito bites. In Germany, the reason for this is usually that people dread the annoying itch that a mosquito bite can cause. In other regions of the world, the main...