"Work together - with researchers from other disciplines, with authorities and institutions, with partners in Europe and around the world. This was the credo of all plenary speakers on the first day of the National Symposium on Zoonoses Research, which took place in Berlin on 11 and 12 October 2012. "In the future, no one will be able to solve alone the complex questions that arise in the fight against zoonotic infectious diseases and in the modelling of developments shaped by climate change and globalization". This is how the biogeographer Prof. Dr. Carl Beierkuhnlein (University of Bayreuth) put it in his keynote speech. Dr. Karin Schwabenbauer from the Federal Ministry of Food, Agriculture and Consumer Protection also emphasised in her welcoming address that zoonoses are becoming increasingly important due to the high mobility of people, but also due to the globalisation of markets in connection with climate change and the rapid exchange of goods.
Dengue fever, chikungunya or malaria in Europe: So far there have been individual cases and outbreaks of such diseases, which we still call tropical diseases. However, models show that these diseases will probably continue to spread and that intensively used ports and airports in particular will play a major role in this context. Such projections are, however, dependent on many assumptions and data from a wide range of specialist areas, explained Beierkuhnlein. Many research questions and numerous methodological difficulties would have to be solved together. 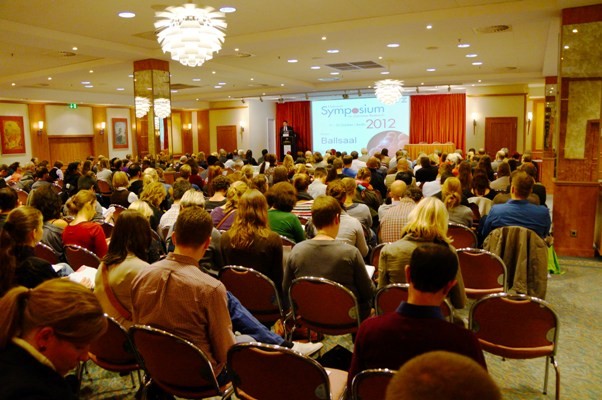 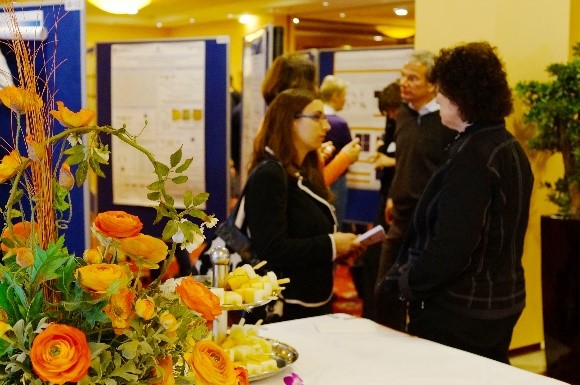 Participants of the National Symposium on Zoonoses Research 2012 in Berlin

Reduce use of antibiotics, disinfect hands!

Prof. Dr. Alexander Friedrich (University of Groningen, Netherlands) considered the establishment of regional networks to be essential in view of the increasing problem of resistant germs, since patients are usually cared for by several care institutions and thus move through the region with their germs. "It's up to us," said the scientist who moved from Münster to Groningen a few years ago: "Reducing the use of antibiotics, disinfecting hands, having eyes for the invisible - microbiology - and cooperating regionally. In the Netherlands, resistant MRSA (methicillin-resistant Staphylococcus aureus) has been largely suppressed in this way, at least in hospitals.
Prof. Friedrich also reported on the "Dutch paradox": The Netherlands has the lowest antibiotic consumption in humans in Europe, but the highest antibiotic consumption in animals, which leads to new resistance in animal populations that is also relevant for humans. "Here I would like to see greater cooperation between human and veterinary medicine, as has been happening very successfully in Germany with the zoonosis research associations for several years now. 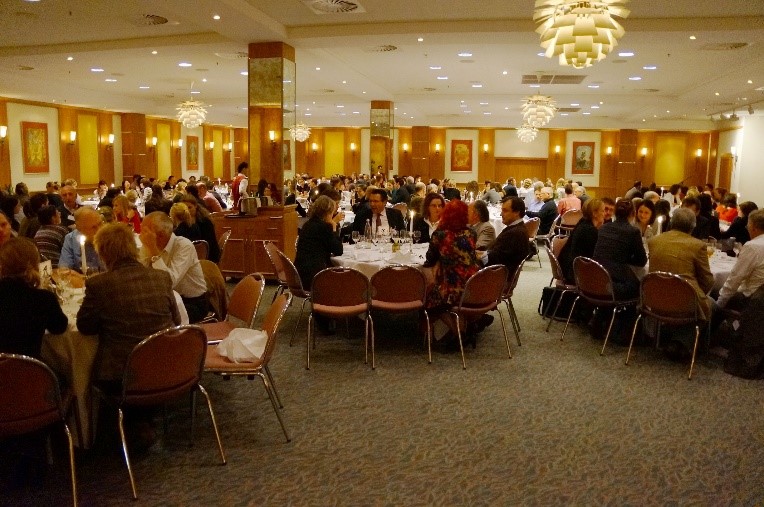 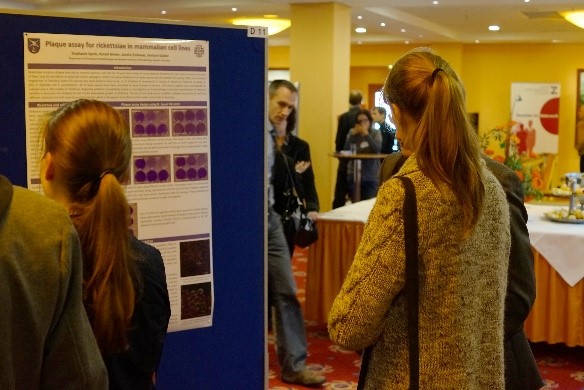 The National Symposium on Zoonoses Research, which took place for the sixth time this year and was quickly booked up with 350 participants, has now proved to be the central event that inspires and promotes this cooperation between disciplines and research locations. In 54 lectures and 118 posters, new research findings on the diagnosis, therapy, monitoring and risk assessment of zoonoses were discussed. A special focus of this year's meeting was again on the promotion of young scientists: With a summer school in the run-up to the symposium and the presentation and discussion of the results by young scientists within the symposium programme, the course for cooperative work is set early on and the formation of networks is supported from the very beginning. In addition, the Junior Scientist Breakfast took place for the first time, where young scientists* had the opportunity to exchange ideas with established scientists about the different career paths in science and about topics such as the compatibility of work and family.
The symposium, which will take place next year on 19 and 20 September in Berlin, is organized by the National Research Platform for Zoonoses, which is now being funded by the Federal Ministry of Education and Research (BMBF) again for three years and which is a key element in creating an open scientific community and realizing the necessary cultural change in zoonoses research.