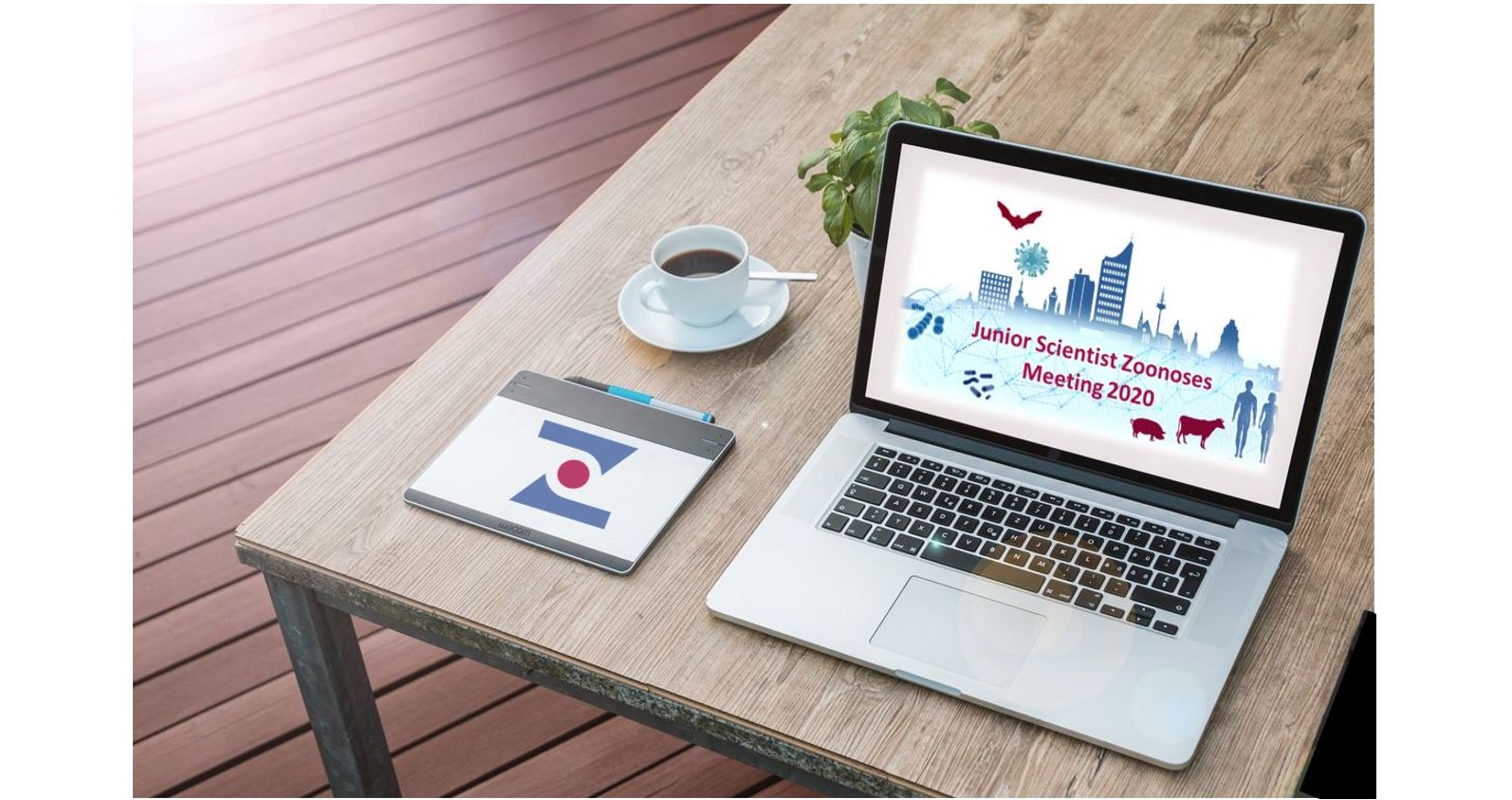 The first Junior Scientist Zoonoses Meeting (JSZM) took place in 2013. Over the following years, it developed into an established annual event for young researchers in the zoonoses research community. It is a forum for young scientists to exchange information, train their own expertise and build their own network.

The designed venue for the meeting in 2020 was the Fraunhofer-Institute for Cell Therapy and Immunology in Leipzig. Everything was prepared and ready. The program was finalised, the guest speakers invited, the poster walls ordered and the catering menu set. But then, SARS-CoV-2 intervened…

The impact of the pandemic

The imposed travel and contact restrictions in response to the coronavirus pandemic made it impossible to carry out the JSZM as planned. However, modern technologies enable a virtual being together without the risk of infection. Quickly an online concept for the event was developed. Fortunately, the majority of the invited guest speakers agreed to give their talk online. The professional exchange among the young scientists was realised by providing a digital abstract volume including the contact addresses of all first authors (Fig. 1). This enables participants to exchange information about their work after the meeting.

Fig. 1: cover of the JSZM´s digital abstracts volume in 2020 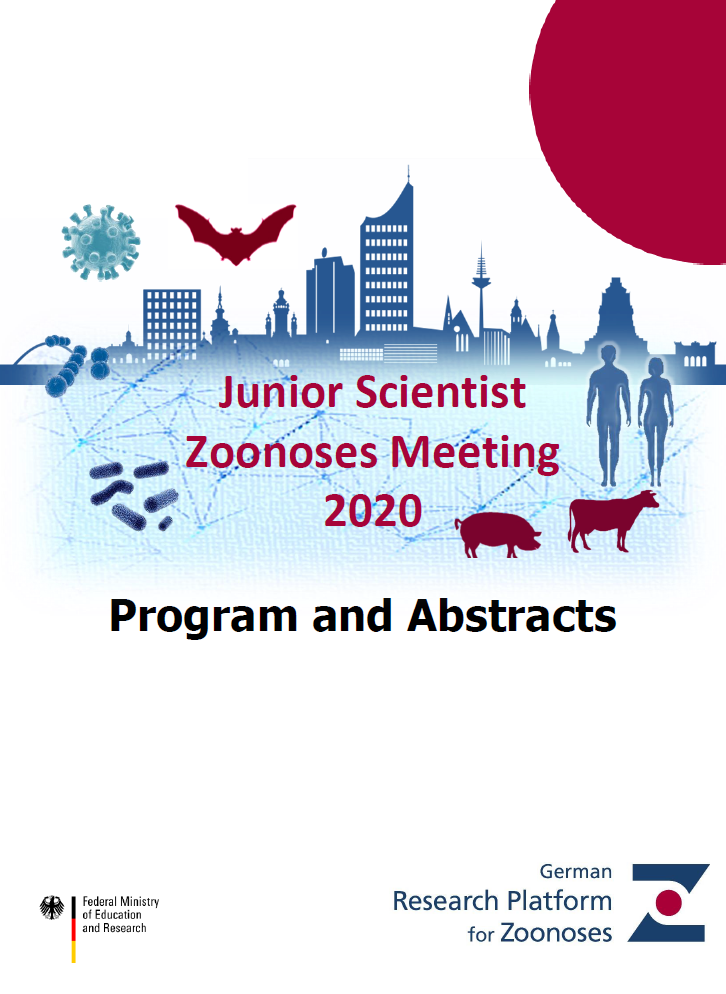 The pandemic and young researchers

The meeting itself took place in two online sessions, one on June 4th and the other on June 5th 2020. Dr. Dana Thal from the German Research Platform for Zoonoses opened the meeting by introducing the platform as the host of the event and gave some insights into the current activities of the platform. Yet the basic idea of the meeting, the promotion of mutual exchange, was to receive attention during the online meeting as well. Therefore, the participants were asked to express how the coronavirus pandemic affects their own work. About half of the participants stated that the pandemic was negatively affecting their work. The participants were particularly affected by the pandemic in their own schedules and laboratory work, but also in their cooperation with other scientists and their own work-life balance (Fig. 2A). For the other half of the participants, the pandemic did not bring about any changes (Fig. 2B). All participants are still within their doctoral phase. 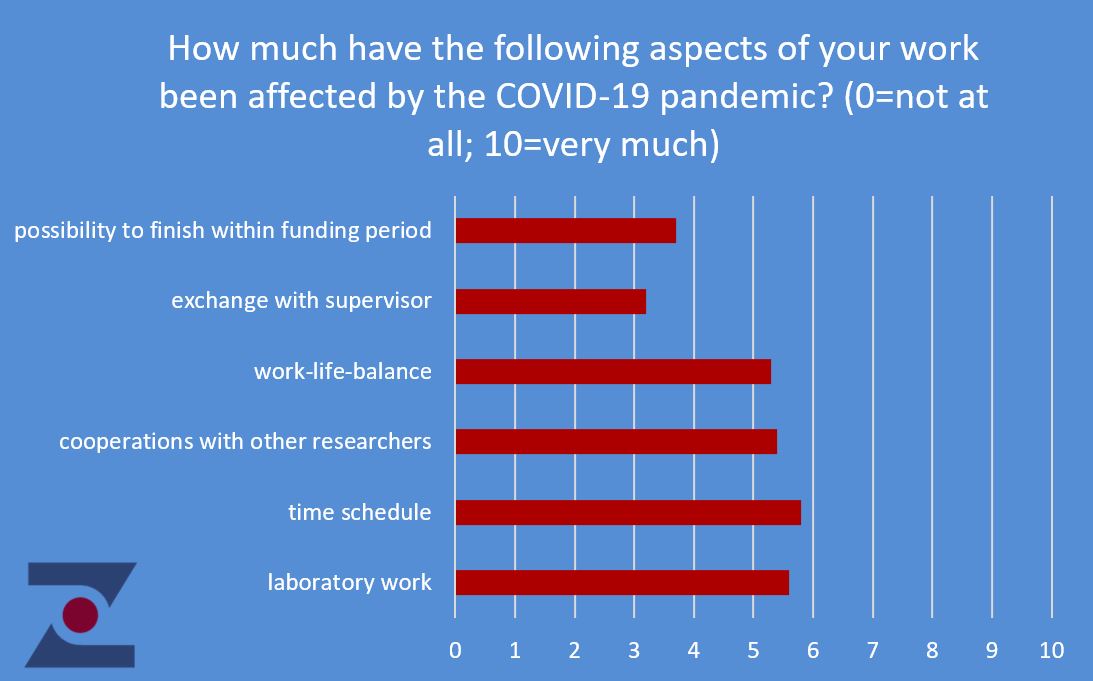 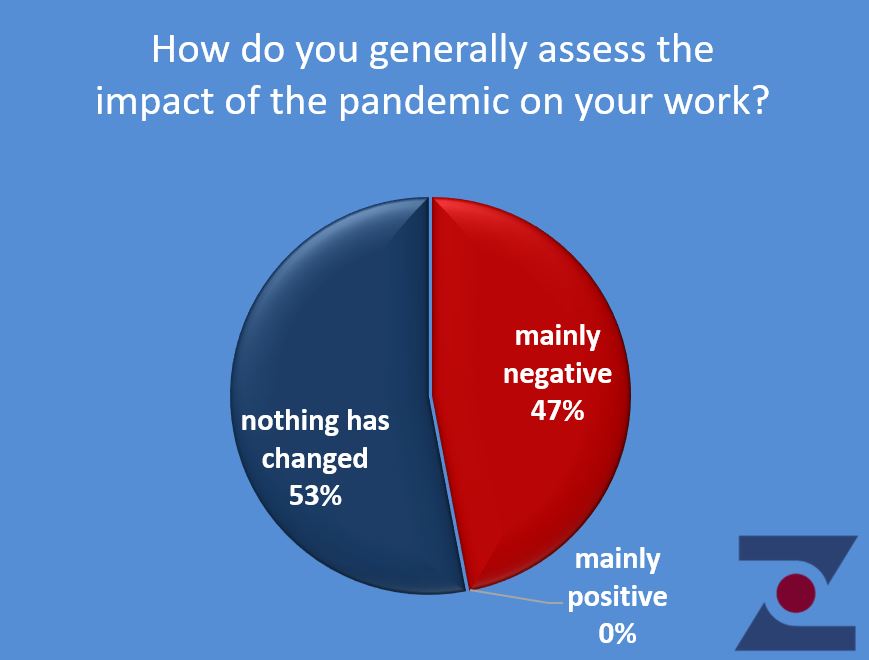 Fig. 2 A+B: Results of the surveys of the participants in the JSZM 2020 on the impact of the coronavirus pandemic on their own work.

Prof. Dr. Thomas Vahlenkamp started the lectures of the invited guest speakers. The Dean of the Faculty of Veterinary Medicine at Leipzig University started with an overview of his own career path. In a descriptive way he worked out how one’s own career can be represented in the form of a tree, which is rooted in the expertise acquired during training and branches out into the individually developing specialist knowledge. The formation of one's own field of expertise defines the shape of the tree and the positioning as a scientist in the research community. He then gave some exciting insights into one of his own areas of expertise, the research of feline paramyxoviruses.

Christina Baumbach introduced the non-profit organisation Pro-Test Deutschland e.V. in her lecture. The association, consisting of animal keepers, students, researchers and veterinarians, strives to promote a constructive and open dialogue on the topic of animal testing in society. This is an exciting topic for zoonoses researchers, who may well be confronted with emotional debates on the subject of animal testing in their circle of friends or family.

Another controversial topic is the research on dangerous pathogens. Dr. Sandra Diederich from the Friedrich-Loeffler-Institute presented the framework conditions for this research in the form of biosafety and biosecurity regulations in Germany. Biosafety covers measures that are intended to provide protection against biological agents, while biosecurity measures are intended to prevent unauthorised access to such materials. However, both areas are closely interlinked. The complex regulations were neatly summarized by Dr. Diederich, who herself is trained to work under the highest biosecurity level (BSL 4); valuable knowledge for researchers who may one day run their own a safety laboratory.

Zoonoses research has many faces

The second day of the meeting was started by Dr. Kornelia Ehrlich. As head of the Reserach Academy at the Leipzig University, she presented programs and support offers for young scientists.

On the second day of the JSZM 2020, three scientists gave an insight into their exciting research work: The human medicine researcher Dr. Andrea Kindler-Röhrborn from the University Hospital Essen focused on sex and gender differences and their significance for medical research. A topic that for many years received little attention in medicine. Dr. Sebastian Ulbert from the Fraunhofer-Institute IZI in Leipzig reported on new exciting approaches to vaccine development in his working group. Finally, Prof. Dr. Eva Herker from the Phillips-University in Marburg gave a fascinating talk on her research on virus-host interactions and the role of lipids droplets in this context. The fact that her research career began with yeasts before she found her research topic in viruses is further evidence of how individual and versatile the career paths of scientists in the community can be.

At the end of the meeting it was clear that the online premiere had been a success and that the decision to host an online event instead of cancelling the JSZM 2020 completely was the right one. In retrospect, this was confirmed by an overwhelming 100% in an evaluation of the meeting (Fig. 3). In addition, many great ideas and suggestions for next year's JSZM were collected during the evaluation.

It remains to be seen whether the JSZM 2021 will take place in the usual form or online. After the experience with the JSZM 2020, however, we can safely say that both is possible and that there will definitely be a meeting for junior scientists next year. 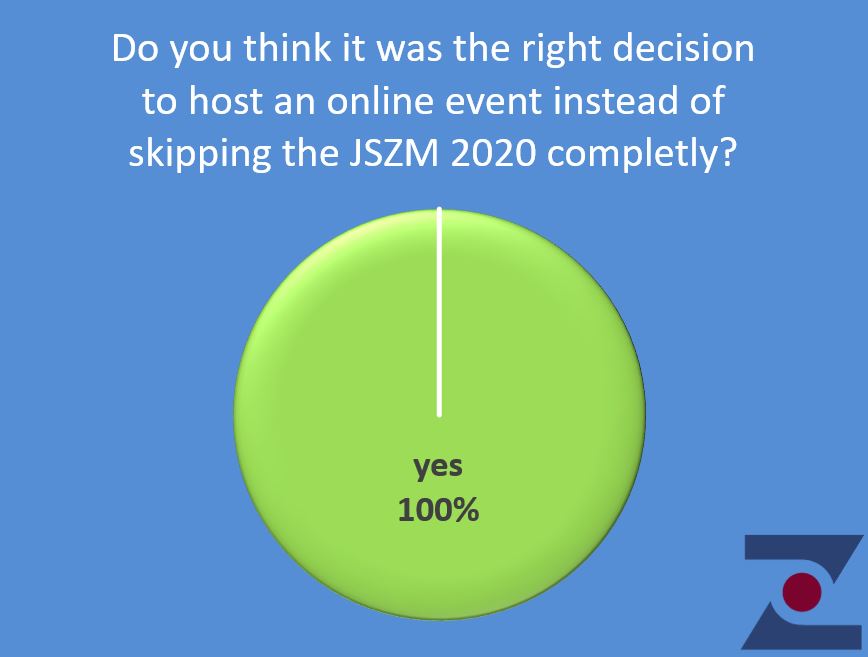 Fig. 3: Results of the participation survey to host the JSZM 2020 online