A successful scientific career in zoonoses research requires not only technical knowledge, but also various other qualifications, the training of which is often neglected in the packed daily research routine of young scientists. The National Research Platform for Zoonoses offers a workshop for young scientists as part of its programme to promote young scientists. 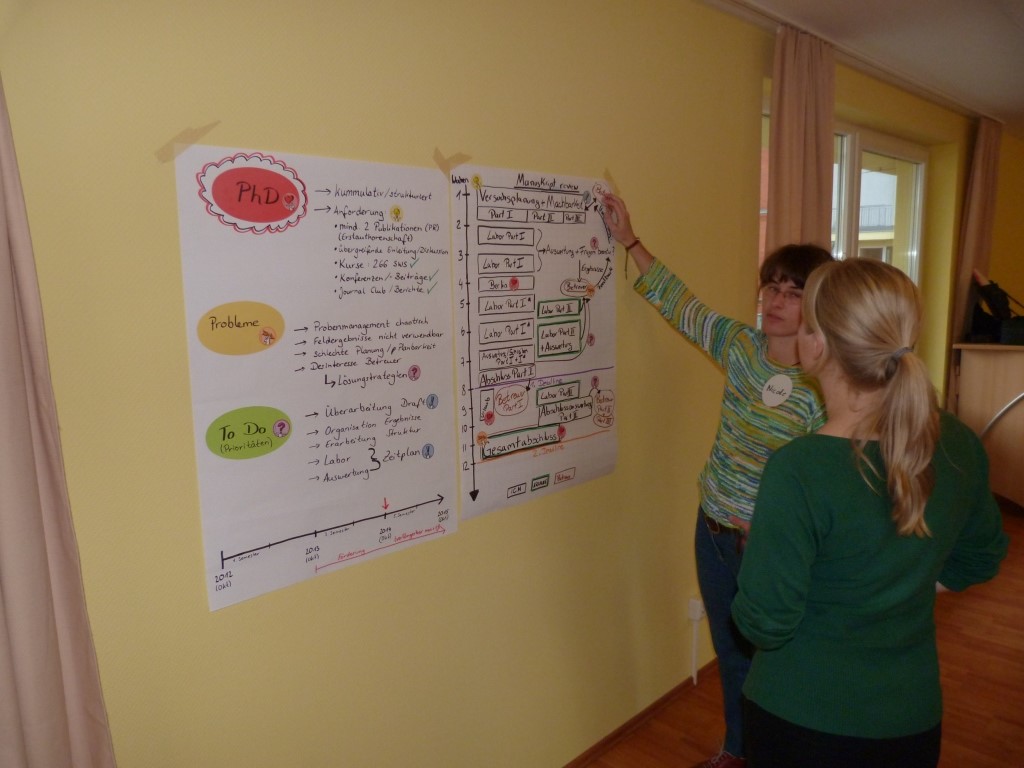 Participants of the Young Scientists Workshop 2014 in Berlin

The Young Scientists Workshop 2014 took place from 13-15 October 2014 in Berlin in the run-up to the National Symposium on Zoonoses Research. The programme was divided into two parallel sessions: "Scientific Writing" and "Introduction to the Basics of Project Management and Conflict Resolution"..

In the session "Scientific Writing" the creation, structure and structure of a scientific concept and the use of adequate formulations were explained. Important knowledge for prospective scientists* in zoonoses research to be able to communicate their research results in the best possible way in the community.

Manage your own research project successfully

The session "Introduction to the basics of project management and conflict resolution" was held for the first time this year and replaced the "Presenting Science" session held in previous years. In practical exercises the participants were explained and introduced to techniques and procedures for the most effective scientific work.  In addition, the participants dealt with optimisation strategies regarding correct literature research.

As in previous years, all participants of the workshop had dinner together (including a barbecue). This gave the young scientists the opportunity to expand their networks in a nice atmosphere.

OHHLEP's definition of One Health

The term "One Health" is rather popular these days and is used by various players worldwide. However, the exact definition of the term often remains vague, which makes it difficult to design and...