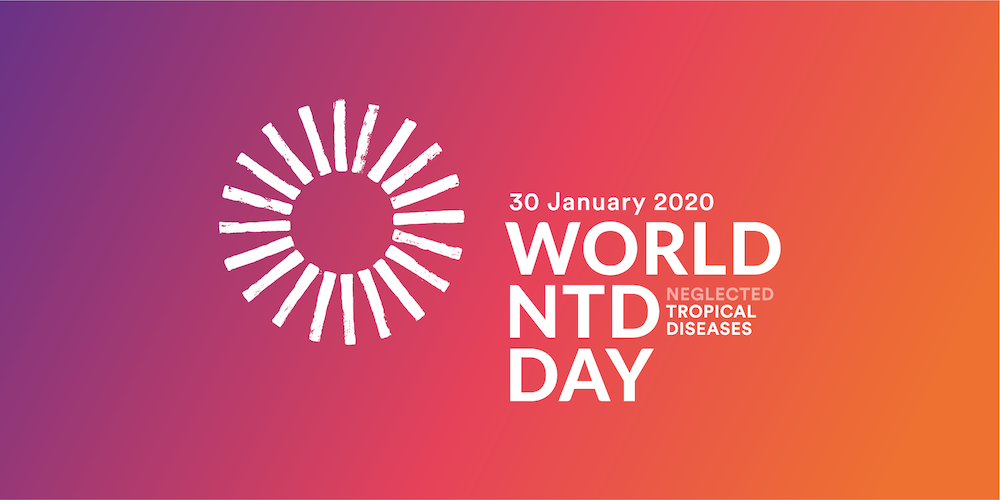 Neglected tropical diseases (NTDs) are a group of diseases that occur primarily in the tropics of Asia, South America, and Africa. NTDs can be caused by bacteria, viruses, parasites, and protozoa and are often poverty-associated. Some zoonotic diseases are also among the NTDs. Neglected tropical diseases continue to be a global health problem January 30, 2021 is the second World NTD Day, which is intended to recognize progress in the fight against NTDs, as well as spotlight initiatives in the fight against NTDs (#EndtheNeglect, #BeatNTDs).

The German Research Platform for Zoonoses takes the day as an opportunity to speak with the spokesperson of the German Network against Neglected Tropical Diseases (DNTDS) Prof. Dr. Achim Hörauf. The director of the Institute of Medical Microbiology, Immunology and Parasitology at the University Hospital of Bonn has been researching neglected tropical diseases for years, especially filariasis (diseases caused by filariae (parasitic worms)). We asked him 5 questions about NTDs.

Prof. Hörauf, in which regions of the world are Neglected Tropical Diseases (NTDs) primarily a health problem?

Hörauf: Primarily in the area essentially between the northern and southern 23rd latitude, where it then becomes more humid toward the equator. Most diseases need a humid climate, either for transmission or for dense colonization. And, of course, warm temperatures. Interestingly, most people with neglected tropical diseases do not live in Africa, but in Asia, simply because there is a much higher population there. But on a per capita basis, Africa is the most affected continent, with most of these diseases in Central Africa. That's because there are quite a few countries there with unstable political systems and poor health care.

What is meant by the description "neglected" and what do you think has led to this "neglect"?

Hörauf: By neglected, several things are meant: on the one hand, that this group of diseases has long been neglected in the world's attention because those affected are among the poorest of the population and thus had no voice in the world. Another aspect is the juxtaposition with the "Big three", i.e. malaria, HIV, tuberculosis, for which, for example through the Global Fund, many billions of $ have been made available to fight and develop drugs, by the rich donor nations of the West, but more recently, of course, also emerging Asian countries.
The third aspect is that when diseases can affect tourists, professional travelers, or military from rich countries, they tend to have more attention. We are seeing that very clearly at the moment through the Corona crisis. At times when dangerous Corona viruses (SARS-1, MERS) were thought to remain in Asia and not affect us, the issue was largely uninteresting. The neglected tropical diseases are characterized in the majority (exceptions among others dengue virus or rabies) by the fact that one gets them even as a traveler only during longer stays. But it turns out again and again that there can be sudden changes: for example, the South American Chagas disease, a disease that is transmitted there by predatory bugs but can also be passed on by blood transfusions, was largely uninteresting for our society. The fact that we have many migrants from Latin America, especially in Spain, and that some of them bring the disease with them, has changed that. Often they have the right to Spanish passports and then they are not even recorded in blood donations with their migration background and corresponding vulnerabilities. It is estimated that we have about 70,000 undiagnosed infections in Europe. 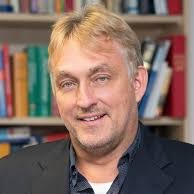 Prof. Dr. Achim Hörauf, Director of the Institute of Medical Microbiology, Immunology and Parasitology at the University Hospital of Bonn is an expert on neglected tropical diseases, especially filariasis. Since September 2020 he is spokesman of the Deutschen Netzwerkes gegen vernachlässigte Tropenkrankheiten (DNTDS). photo: A. Hörauf

What control strategies are being pursued with regard to NTDs? In your view, what are the important factors that need to be taken into account in order to sustainably reduce the risk of NTDs in the affected regions?

Hörauf: In terms of control strategies, a distinction must be made between diseases that can be controlled by means of mass chemotherapy and those for which active case finding is required. The former include, for example, onchocerciasis, lymphatic filariasis, schistosomiasis, gastrointestinal worm infections, and trachoma. Here, some of the same drugs can be given to the population once a year in a single dose. Here it is not looked whether the individual is infected, if the medicines have hardly side effects, and the advantage for the population with a mass chemotherapy is much larger, and/or otherwise the therapy would not be at all convertible with the still limited means. These diseases also account for over 90% of the case numbers of the neglected tropical diseases.
In the case of the other diseases, as I said, the focus is on the individual cases and then treatment. This is much more labor intensive, but these diseases are also much fewer in number.

In addition to chemotherapy, however, several factors for sustainability must be taken into account: first, control of transmission vectors, if the disease is transmitted by such. Secondly, hygienic measures, such as avoiding defecation in fresh water to stop the cycle of schistosomiasis, and generally improving the living conditions of the poor population, which would then also significantly reduce exposure to these diseases. It is therefore also a socio-medical task, and for this reason the WHO, in the new Road Map 2030 launched on 28.1.2021, is taking more responsibility, i.e. ownership, in the endemic countries.

To what extent is the One Health approach being taken into account in the fight against NTDs?

Hörauf: The One Health approach is important and is being taken into account more and more around the world. It is important that it is now also set out in writing in the new WHO Road Map, especially for infections, where one has to think beyond the pure area of the biology of the pathogens and their control with drugs. This applies above all to zoonoses, but of course also to non-zoonotic infections, insofar as they depend on climatic conditions, water, etc. The German Federal Ministry for Economic Cooperation and Development (BMZ) has recognized this and has set up a separate subdivision for One Health to particularly promote these aspects in bilateral cooperation.

In your opinion, will climate change influence the spread of NTDs in the future?

Hörauf: Climate change will affect the different NTDs in different ways. On the one hand, there are paradoxical cases where, for example, deforestation near river courses, or the introduction of organic material, for example through exploration for mineral resources, and even more so through environmental pollution, certain vectors no longer breed and thus the transmission of diseases decreases. A good example here is river blindness.

Mostly, however, climate change, exacerbated by human interference with nature, works in favor of the spread of these diseases. On the one hand, we see time and again that introduced infectious diseases can persist for a longer period of time, at least in southern Europe, because warmer temperatures also allow the transmission of tropical infections. This is the case, for example, with schistosomiasis foci in Corsica, or chikungunya fever in southern Italy. Climate change mainly effects the northward spread of mosquitoes, such as the species Aedes, so that all diseases transmitted by this mosquito can basically increase.

Zoonoses on the rise? – classification of recent monkeypox cases

Cases of monkeypox in humans were reported from the United Kingdom in the begining of June 2022. According to initial estimates, these were due to a traveler returning from Nigeria who is believed to...