From 19th to 20th September 2013, scientists presented new results of zoonoses research at the National Symposium on Zoonoses Research 2013 in Berlin, discussed with the press about the danger of abuse of their research and gave career tips over breakfast.

The National Symposium on Zoonoses Research 2013 was characterised by diversity: In terms of content, the spectrum of scientific presentations ranged from A for anthrax pathogen to O for Orthobunya virus - with well-known pathogens such as the rabies virus and new ones such as the MERS coronavirus. Formally there were keynotes and lectures, but also other forms of knowledge transfer. Right on the first afternoon, a panel discussion entitled "Dual Use - Abuse Potential of Scientific Results" provided an exciting exchange of views. No wonder, because there is a problem behind the term "dual use" that is not easy to solve: On the one hand, research with dangerous pathogens is necessary to better protect oneself against bird flu, smallpox and the like. On the other hand, this research also harbours risks, for example that of bioterrorism. 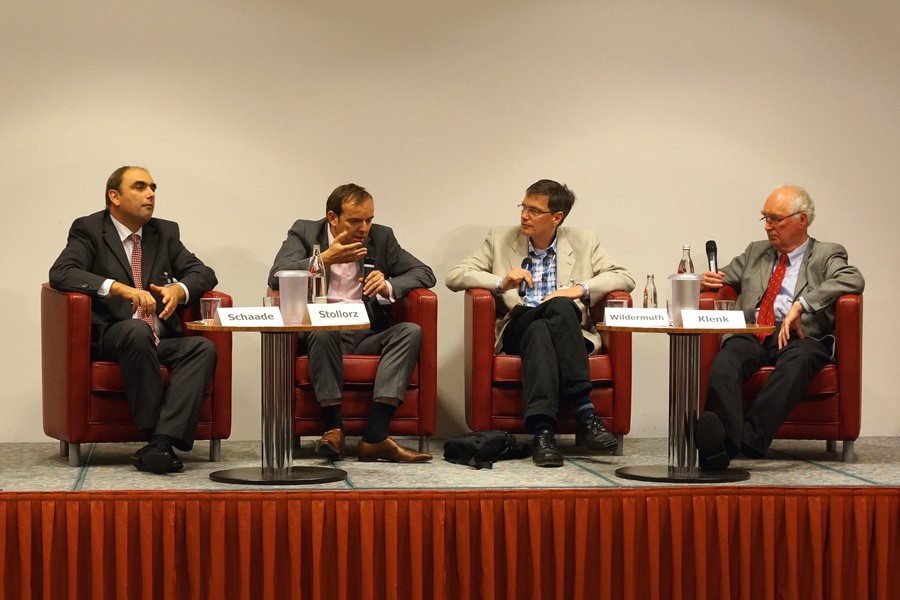 "We need to understand exactly what happens when a virus passes from animals to humans in order to be able to protect ourselves from it," explained virologist Professor Hans-Dieter Klenk at the panel discussion. To this end, so-called "gain of function" experiments are also important, in which pathogens are given additional properties in the laboratory that they do not yet possess in nature. The experienced science journalist Volker Stollorz contradicted this and asked: "Is the benefit of these experiments really so great that we accept their risks? Lars Schaade, Vice President of the Robert Koch Institute and head of the Centre for Biological Hazards and Special Pathogens, suggested the establishment of a committee similar to an ethics committee that would weigh up the benefits and risks before starting the experiments. The lively discussion clearly showed that "dual use" in research remains a controversial topic that many scientists* have to and want to deal with. It would therefore be desirable that the topic of "dual use" is given a place in the training of young scientists. For Sebastian C. Semler, head of the TMF in Berlin, the panel discussion was "a good example of the fact that at the National Symposium on Zoonoses Research we are increasingly presenting contributions resulting from the interaction between research and the public".

Dr. Joachim Klein from the Federal Ministry of Education and Research (BMBF) recalled in his welcoming address the SARS epidemic and the newly emerged corona virus. Both show the importance of the need for research in the field of zoonoses. The work of the scientists and physicians is "...especially in the overarching committees and working groups of the Zoonoses Platform of extraordinary importance", Dr. Klein stated. Dr. Kirsten Reinhard from the Federal Ministry of Health also praised the work of the Zoonoses Platform: She summarised that Germany had reacted quickly and adequately to the 2009 influenza pandemic, the EHEC outbreak in 2011 and currently to the MERS corona virus. "We also owe the rapid capacity to act to the special funding of collaborative research on zoonotic pathogens and the National Research Platform for Zoonoses. Professor Martin Groschup, head of the Greifswald branch office, emphasised at the opening of the two-day symposium: "The promotion of young scientists in the field of zoonoses research is particularly important to us. It is also important that we form international partnerships".

Rabies control is making progress - but must continue

It was fitting that the first keynote was given by the renowned French violinist Noël Tordo from the Institut Pasteur in Paris. He described the progress made in the fight against rabies in recent years: In particular, the number of rabies victims in many countries has been significantly reduced by vaccinating dogs that transmit rabies viruses to humans. This is an impressive example that confirms the so-called "One Health Approach": the promotion of animal health directly benefits people. Nevertheless, there is still a great need for further research on rabies: by improving the vaccination for humans, which leads to an immunisation faster than the one currently used, it would be possible to protect more people from rabies infection, especially in developing countries. In addition, various approaches are being pursued to develop therapeutics for infected people. For example, the number of about 55,000 people who die of rabies worldwide every year could be reduced. 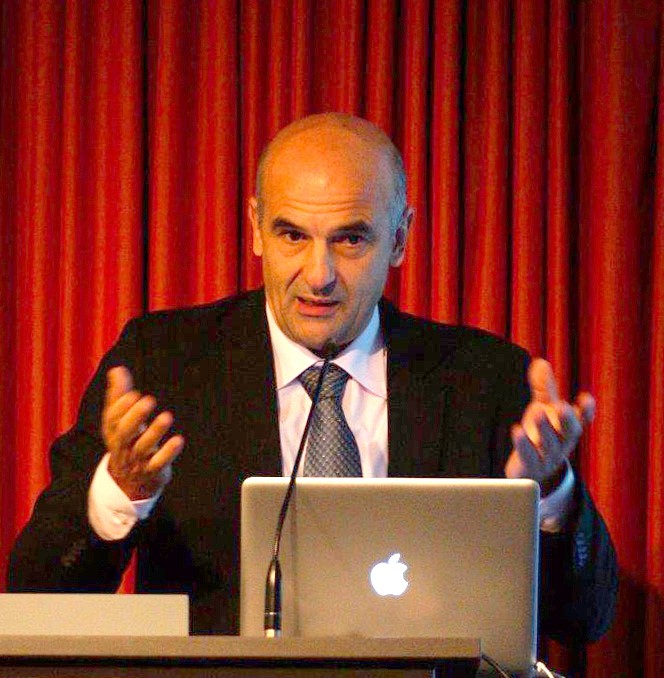 In the second keynote, Nobel Prize winner Professor Harald zur Hausen presented a hypothesis that he has been pursuing for several years: Colorectal cancer may also be a zoonosis. Various arguments suggest that in addition to genetic alterations of human cells, pathogens originating from animals could also play a role in the development of colorectal cancer. In particular, the consumption of red meat, whether raw, uncooked or salted, increases the risk of bowel cancer. In countries where red meat in this form is consumed in large quantities, the number of cases of bowel cancer is higher than in other countries. Scientists are therefore looking for possible heat-sensitive pathogens in red meat to explain this phenomenon. 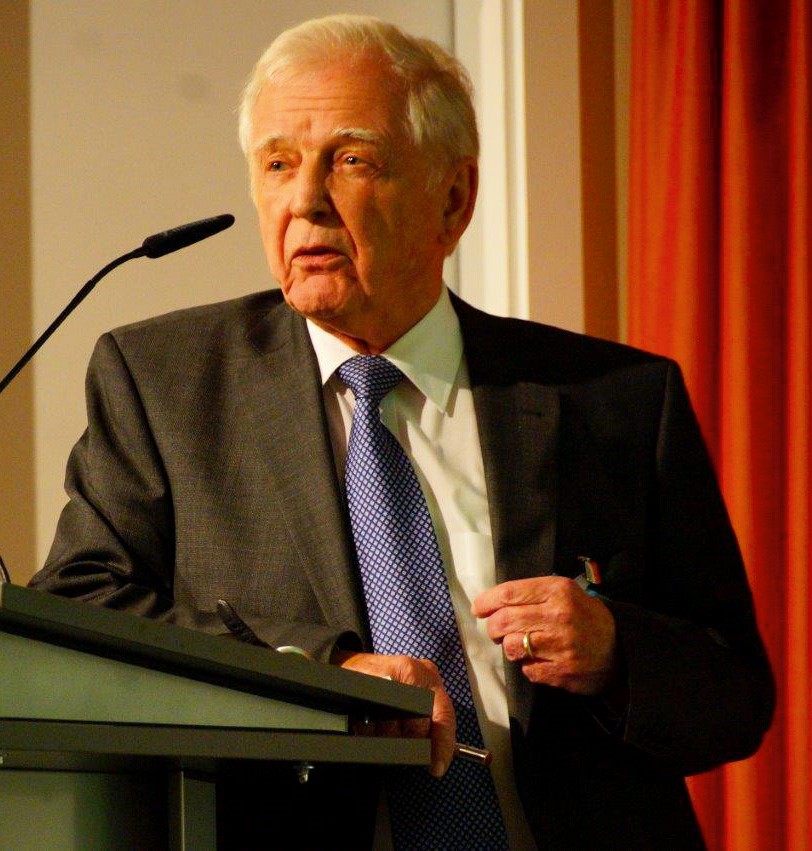 From Bacillus anthracis to Orthobunya virus

In addition to the keynotes, more than 40 lectures were held on the two days: The spectrum of research approaches ranged from molecular biological research to epidemiological studies, and the spectrum of pathogens examined ranged from A for anthrax pathogen to O for orthobunya virus. New findings on the newly emerged MERS corona virus were also reported. Many of the papers presented were the result of collaboration between several scientists from different disciplines and locations and had accordingly dealt with the respective topic in a comprehensive manner. For Professor Stephan Ludwig, head of the Münster office, this confirmed "that a real community has formed through the work of the zoonoses platform: Scientists from different disciplines not only meet here, but in the meantime they also work together and present their data here together".

Scientists network - even over breakfast

On the second day, a special and original form of promoting young scientists began in the morning: At a joint breakfast, the so-called Junior Scientist Breakfast, young scientists and established researchers were able to discuss different career paths in a relaxed atmosphere. "Everyone said something different," reported one participant, "but that was precisely what was helpful. There are different ways to plan your career - the important thing is to recognize all possibilities. But it wasn't only at breakfast that there was an opportunity for discussion: There were also lively conversations during the breaks. The posters presented were a special attraction.
At the end of the symposium the winners of this year's poster prize were honoured: Ricarda Schmithausen from the University of Bonn, Vikash Singh from the Free University of Berlin and Christiane Clauss from the Friedrich-Loeffler-Institute. 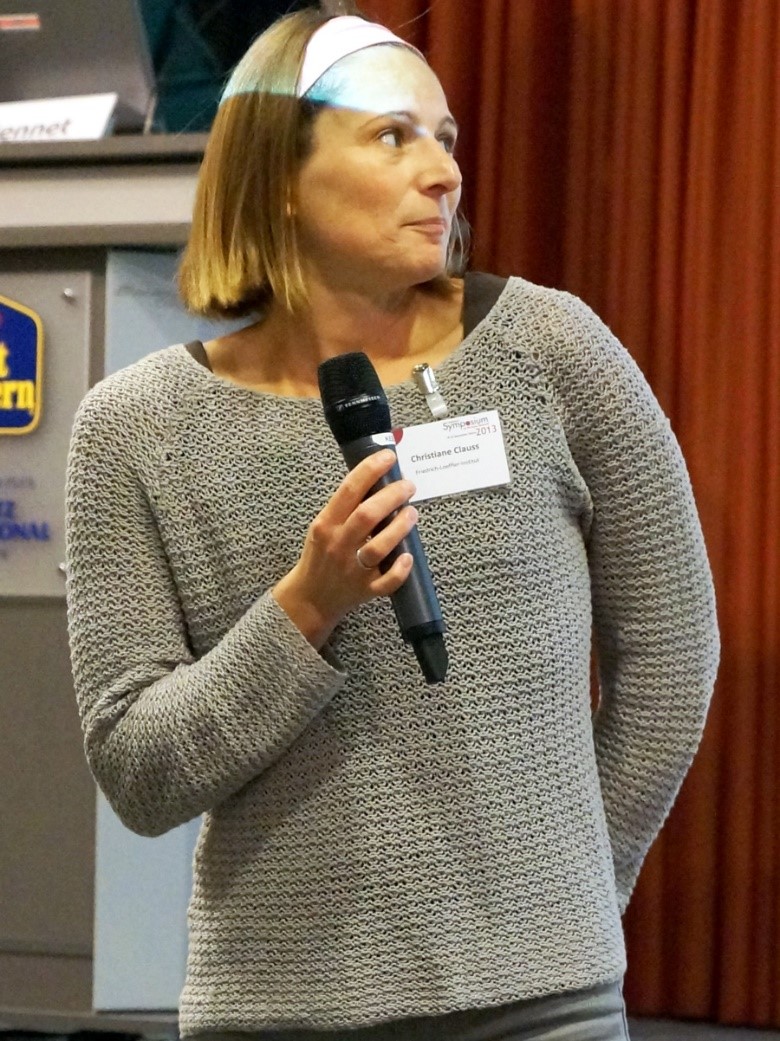 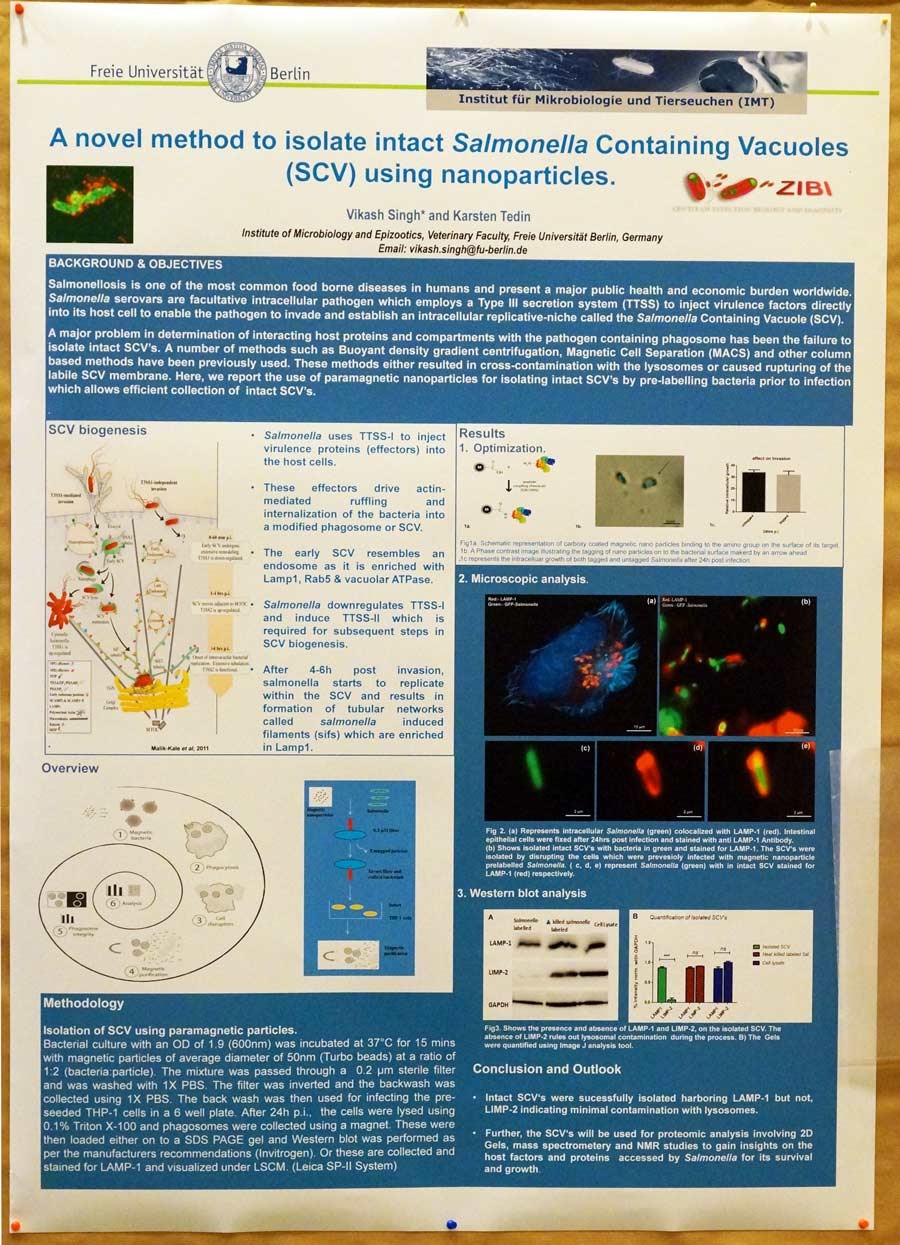 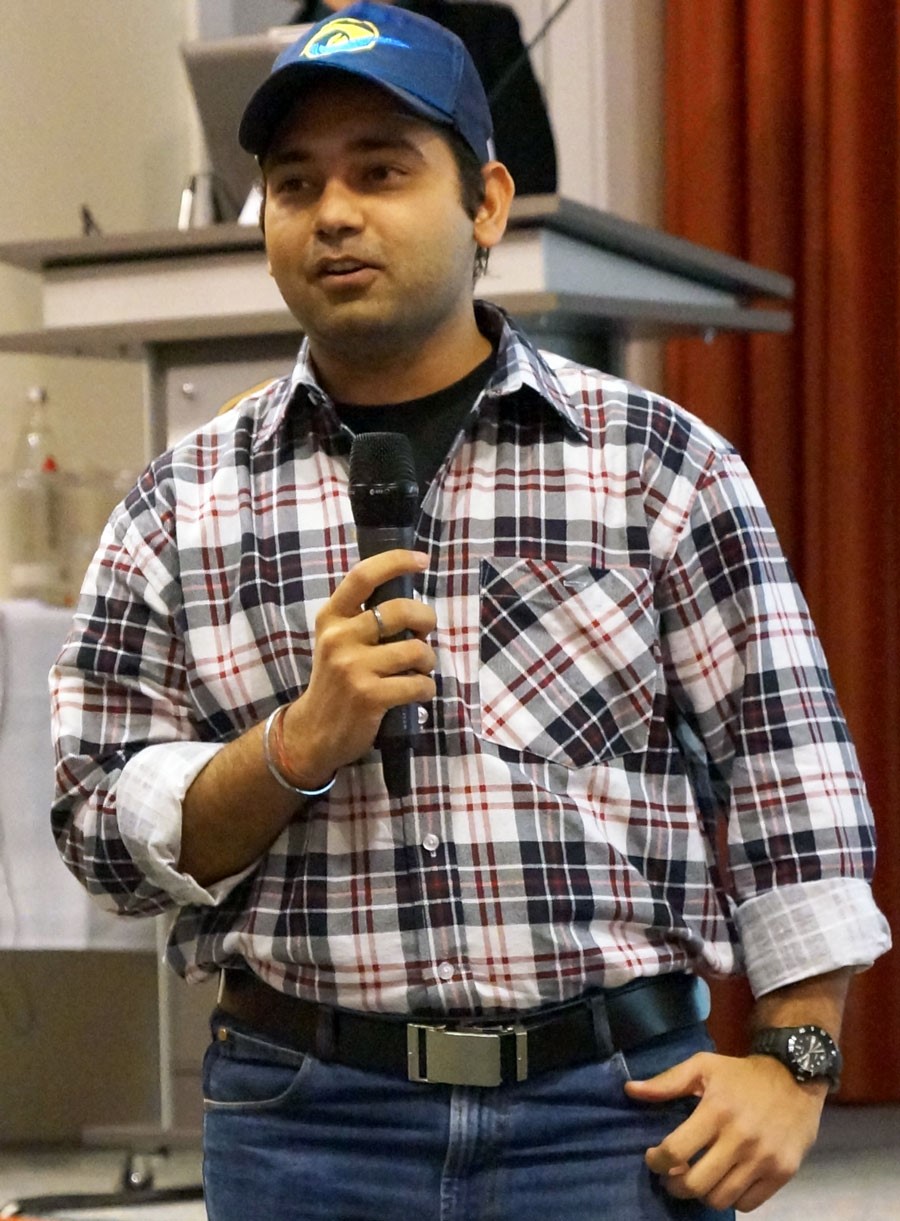 General Assembly of the National Research Platform for Zoonoses

Embedded in the symposium was the annual meeting of the members of the National Research Platform for Zoonoses. In addition to reports on workshops, research projects and other activities of the past fiscal year, the Internal Advisory Board was also newly elected. For the first time, a representative for young scientists was also elected to the Internal Advisory Board - she was already elected a few weeks ago at the Junior Scientist Zoonoses Meeting (JSZM) 2013 in Leipzig.

Internal Advisory Board of the National Research Platform for Zoonoses 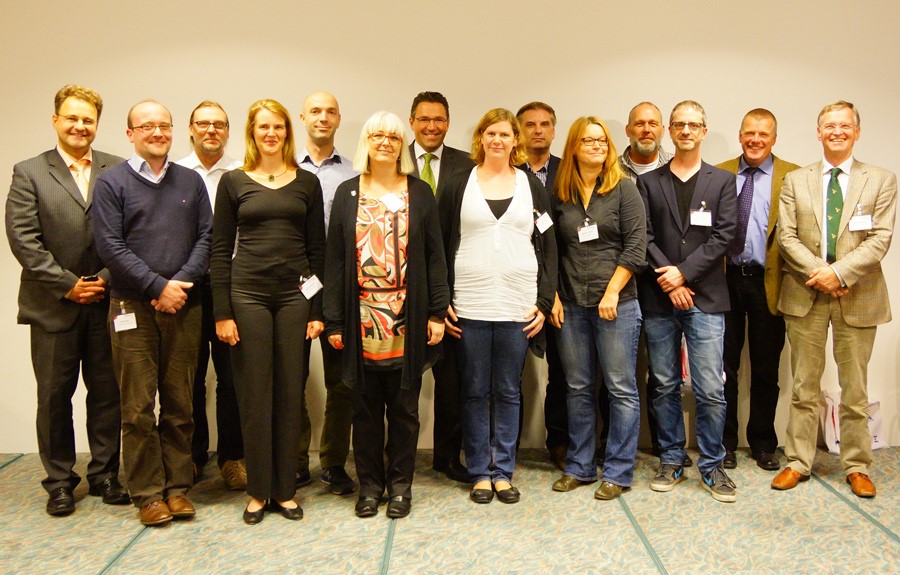 Office of the National Research Platform for Zoonoses 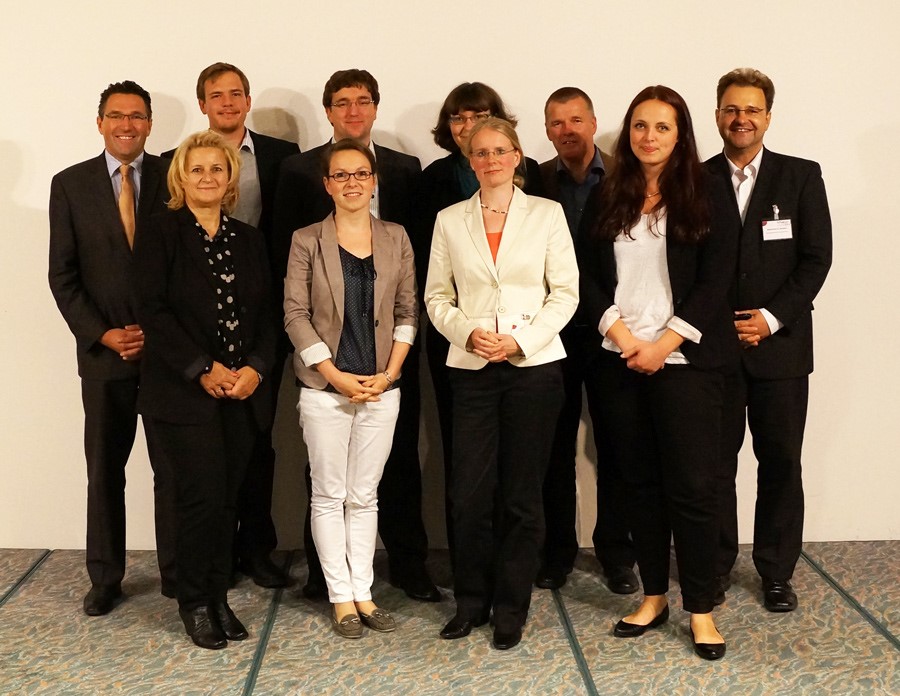