In the context of the annual symposium organized by the National Research Platform for Zoonoses, scientists at various career stages meet in Berlin every autumn. The symposium is intended not only to promote interdisciplinary dialogue within the community, but also to facilitate active networking among young scientists and with "senior scientists".

To support this, the Young Scientist Breakfast was again held in 2019 on the last morning of the International Symposium on Zoonoses Research. On the last day, twenty young scientists had the opportunity to ask questions of four established Senior Scientists at the breakfast egg.

Among the Senior Scientists were two keynote speakers of the 2019 Symposium. Dr. Laia Solano-Gallego from the Universitat Autònoma de Barcelona (UAB) from Spain and Prof. Dr. Achim Hörauf from the University Hospital Bonn kindly agreed to be available for question and answer at the breakfast despite the keynote speech. The Senior-Scientist-Quartet was completed by Prof. Dr. Dennis Tappe from the Bernhard-Nocht-Institute in Hamburg and Prof. Dr. Maren von Köckritz-Blickwede from the TiHo Hannover.

"I myself am surprised that I am already counted among the Senior Scientists", Prof. Tappe revealed laughingly and was able to break the ice right away. But also at the other tables, animated conversations developed quickly, so that the time until the Senior Scientists went to the next table in rotation passed very quickly.

In addition to insights into their personal careers and tips for their own career planning, the Senior Scientists also shared with the young scientists the experience they had made in the course of their careers with publishing, writing applications or working abroad.

Prof. von Köckritz-Blickwede, for example, reported on her time as a researcher in the USA and the scientific system there. With Dr. Solano-Gallego, those present also had the opportunity to obtain first-hand information about university research in other European countries. With his many years of experience in committee work, Prof. Hörauf was able to give valuable advice on project applications and sensitized the young scientists to the importance of individual distinguishing features in application documents. Prof. Tappe appealed for them to take advantage of opportunities for further qualification and thus build up a solid repertoire of methods. An interdisciplinary education could help to look at scientific questions from new perspectives.

All in all, the Young Scientist Breakfast received much positive feedback from the participants. The event format proved its high networking potential between disciplines and career stages.

The next opportunity for PhD students and postdocs to take part in the YSB will be in October 2020 at the International Symposium on Zoonoses Research. 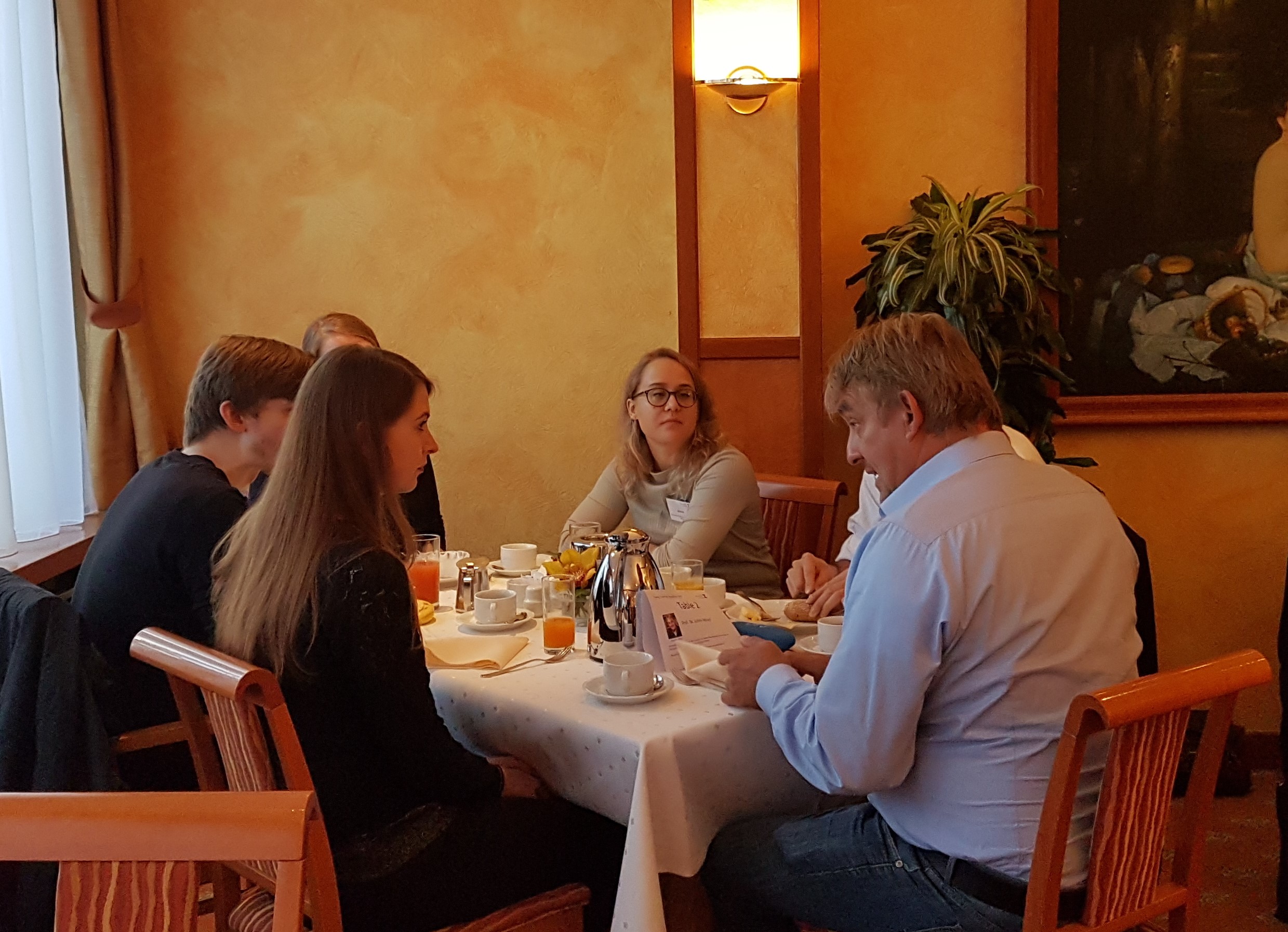 Prof. Hörauf enthusiastically shared his experiences with young scientists at his table. 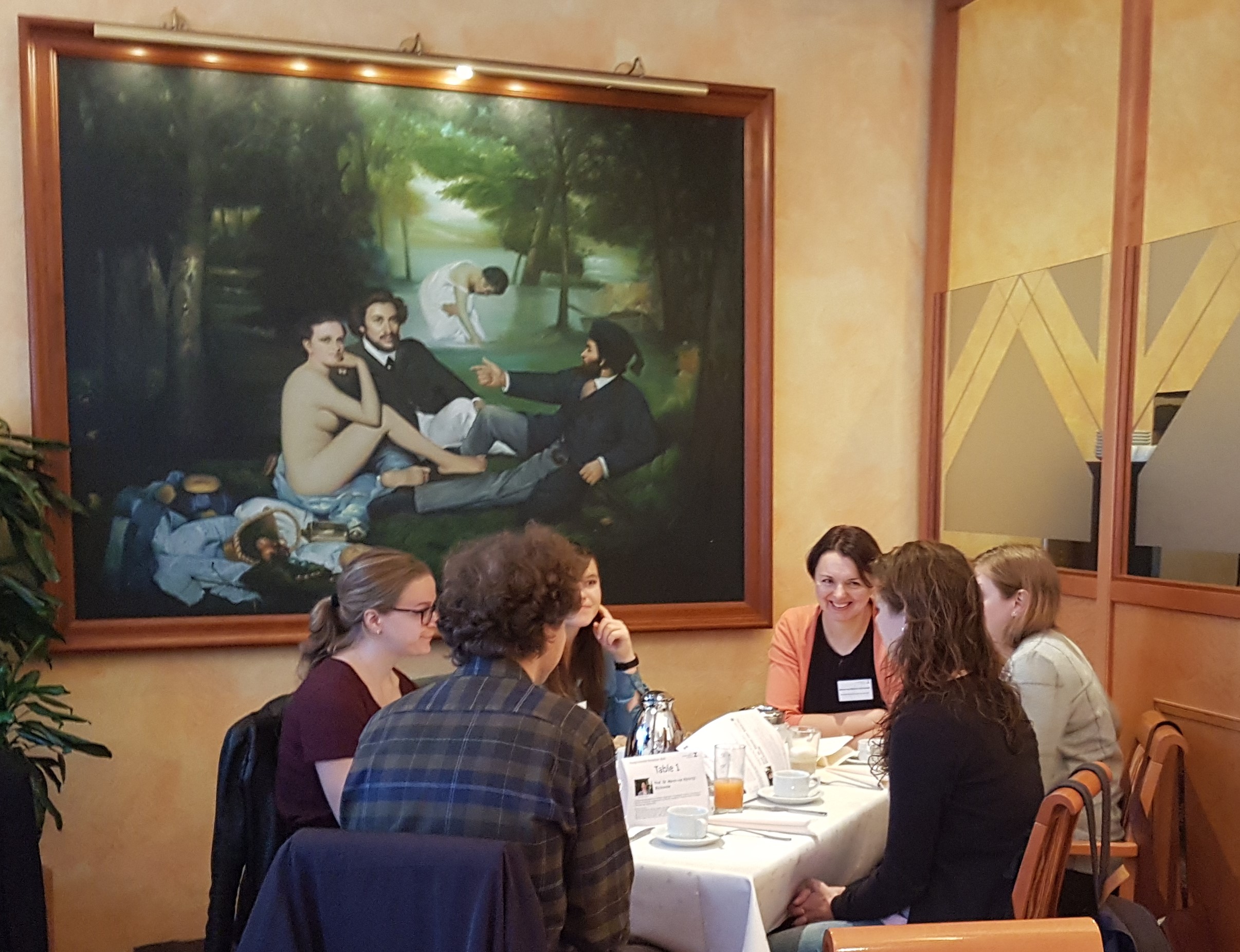 What does a research career in another European country look like? Dr. Laia Solano-Gallego from the Universitat Autònoma de Barcelona (UAB) in Spain could report on this.